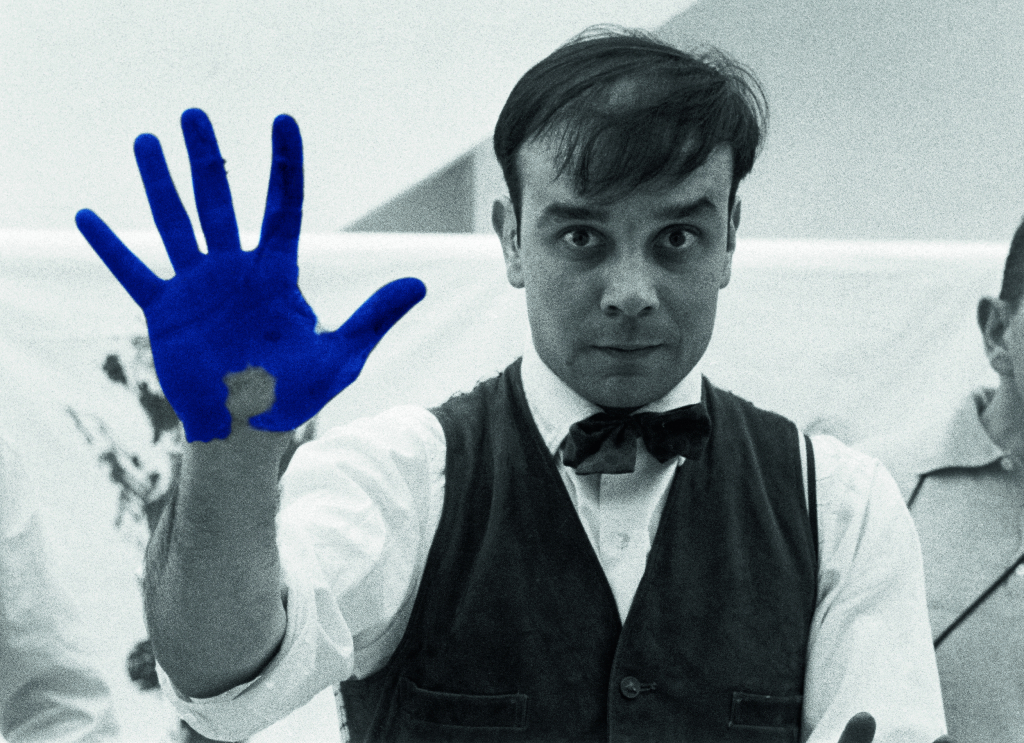 Le Château des Baux-de-Provence is holding an outdoor exhibition that retraces the life and work of the Nice-based artist Yves Klein. Internationally known for his monochrome paintings, his performances and his invention of the colour International Klein Blue (IKB), an intense brilliant ultramarine, which became his trademark, Yves Klein managed to transcend figuration and abstraction and invested the objects, space, and the world around him with meaning.

Even though he will always be famous for his blue monochromes, Klein also worked with a great variety of materials with ever greater daring and imagination, foreshadowing the most innovative movements in contemporary art, from happenings to body art. In his constant quest to erase the role of the artist, his works are paradoxically closely linked to his personal life and his public figure, in a continual mise en scène of creative act.

Through eleven large-format panels that combine photographs and reproductions of his most emblematic works, the exhibition explores the artistic and personal evolution of this prolific artist. From his monochromes to his most avant-garde Immaterial Pictorial Sensitivity works, the exhibition sets out to present the various facets of his oeuvre. Klein, who developed a whole narrative around his work, left behind a large number of accounts that shed light on his approach, and various quotations feature in the exhibition.

This exhibition is being held in collaboration with the Yves Klein Archives.

At The Point Of Confluence in Lyon