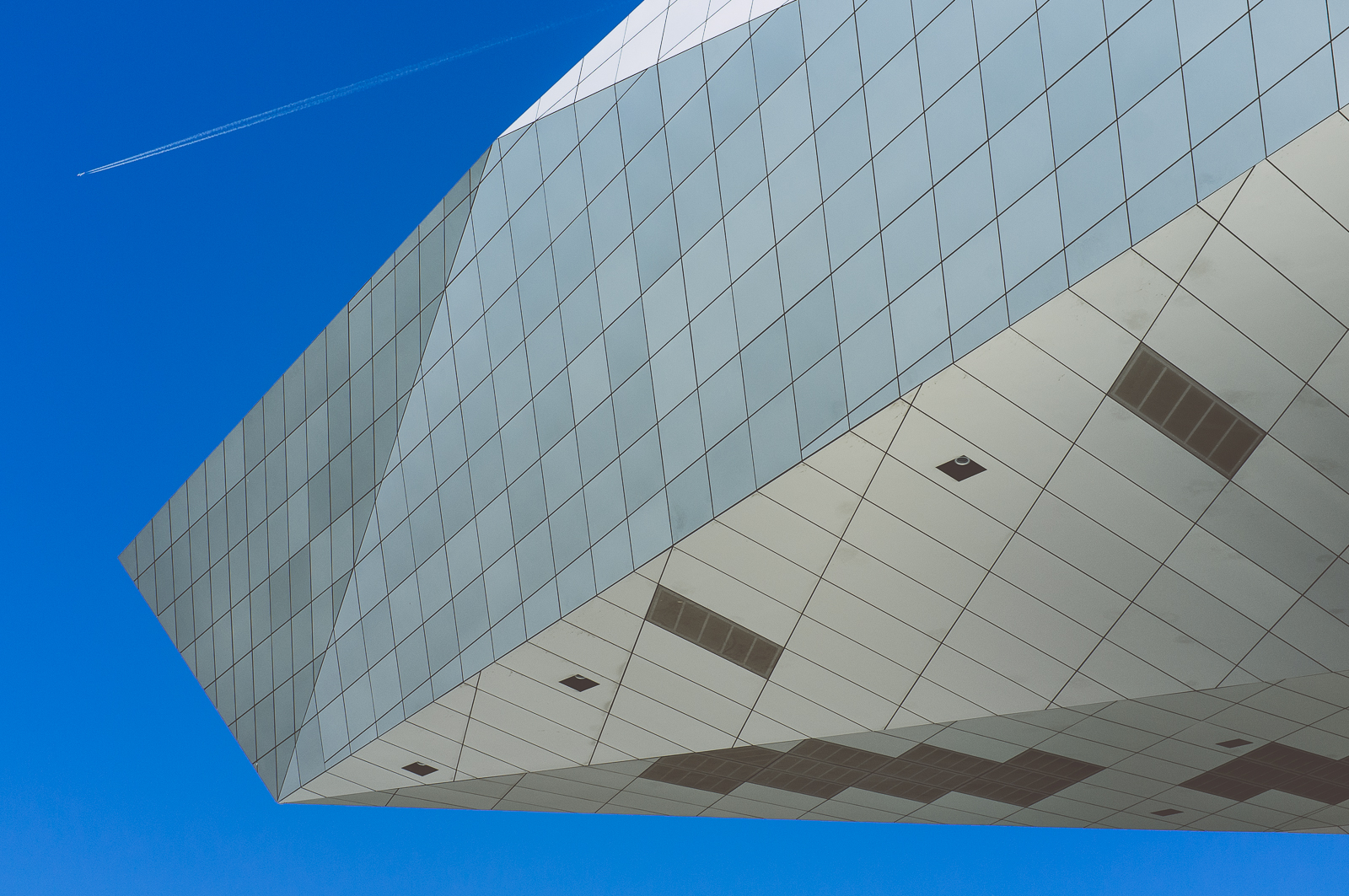 The Musée des Confluences has a distinctive name and architectural design. The word “confluence” refers, first and foremost, to its exceptional geographical location. Just downstream from the museum, the waters of the Rhône and Saône meet, suggesting the ideas of convergence, mingling and fluidity.

The natural poetry of this spot on Lyon’s southern doorstep made it an ideal location for this exceptional building with its imaginative architectural design.

The Musée des Confluences also has a distinctive architectural design. The concept developed by the Austrian firm CoopHimmelb(l)au is based on the idea of building a museum that, rather than impeding access to nature, forms a transition between the structural elements and nature. Designed to be like a bridge, the museum allows visitors to cross its hall and interior spaces without having to buy an entrance ticket or see an exhibition. This “building-landscape” skilfully interweaves nature, culture and the city.

Seen from the outside, rather than a main facade, the museum presents many facets, which form a unique, flowing outline that changes according to the position of the viewer. Experiencing the building is a way to explore the ideas the museum is based on. The architectural structure is a physical representation of the balance struck between inside and out, past and present, nature and culture. Like the waters of the Rhône and Saône, which mingle for several kilometres after the confluence, the museum participates in its environment as much as it explains it.

The Permanent Exhibition – Evidence Of a Story Of Humanity

The permanent exhibition trail, which covers an area of nearly 3000 m², tells the great story of humanity through four separate, but linked exhibitions, which describe and present the question of humanity’s origins and future, the diversity of cultures and civilizations, and the place of Homo sapiens in the chain of life.

Origins – Stories of the World;
Species – the Web of life;
Societies – Human theatre;
Eternities – Visions of the beyond.

For more about the Musée des Confluences, please visit the museum’s official website.

Text and photos (as indicated) copyright of Musée de Confluence.
All other photos by Asgeir Pedersen, Spots France

4 April 2021
Beaune is the wine capital of Burgundy, a region of universal renown, home to villages, major wine producers such as Montrachet, Saint-Veran, Savigny, Pommard and Puligny....