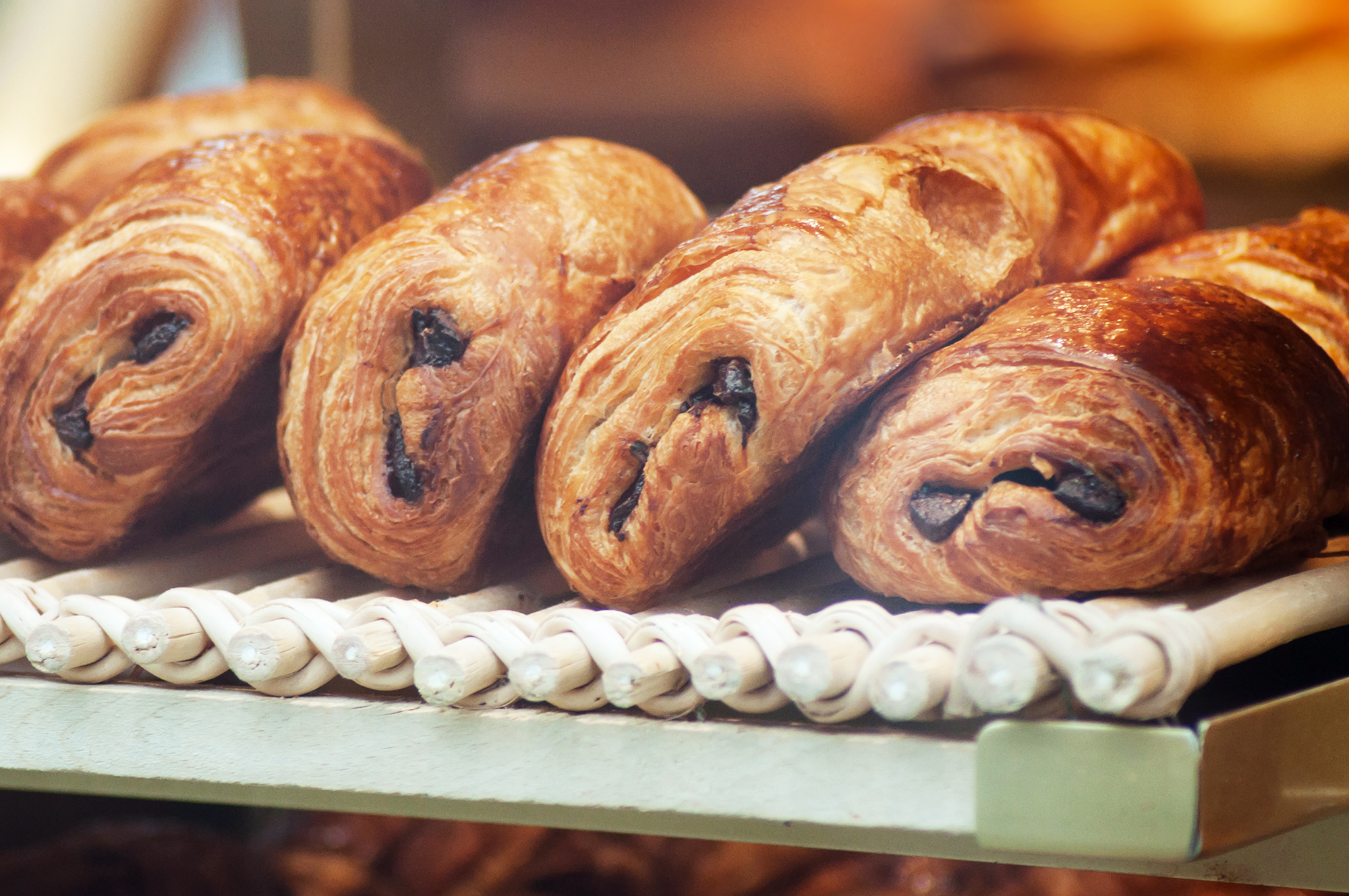 It’s an eternal debate! And if it’s not possible to know the exact story of this puff “viennoiserie” pastry that surrounds two bars of chocolate, then the many plausible theories keep the split between north and south alive and kicking. There’s a different name in each part of France and an unending dispute to find out who’s right.

In Bordeaux, mind you, the “chocolatine” is queen and the “pain au chocolat” (“chocolate bread”) does not exist. One does not talk about pain au chocolat with a southerner, who will retort falsely naïve, that “he does not know of pain au chocolat!”, before trying to rally you to his side. The quarrel is childish fun and goes on, from one generation to the next. It is not uncommon that a baker teasingly displays two different prices for the same pastry, depending on the name given by the customer, and “chocolatines vs pain au chocolat” clip art images flourish on the internet.

So without having the final word, here are the arguments put forward by each party to justify themselves:

The arrival of the chocolatine in France dates from the nineteenth century, and it is said to have been imported into the French capital by an Austrian baker by the name of Auguste Zang. The “Schokoladencroissant”, or “chocolate croissant”, since it is the same dough, would have given its sound to the word “chocolatine” with time.

Conversely, the advocates of “pain au chocolat” say that the name comes from a snack for children. The traditional piece of baguette accompanied by a square piece of chocolate that schoolboys ate at break-time would simply have given the idea to a baker, who then went on to invent this famous viennoiserie.

Staying true to Bordeaux we have made our choice, and we will let you judge by yourself, but with one condition…

Taste it with your fingers!

27 June 2022
The big bell, baptized "Armande Louise", is mostly known by the nickname "La Grosse Cloche" among locals. This is the only remaining vestige of...